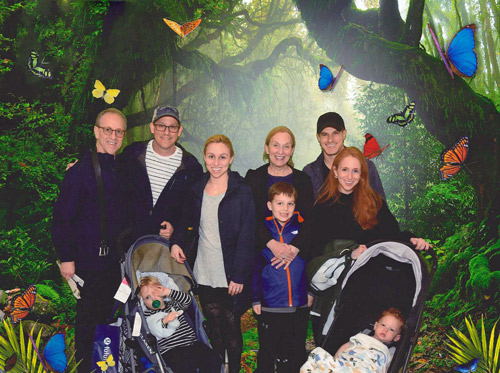 Steve Marsh was born and raised here in Cleveland. His father, Dr. Samuel Marsh, was a well-respected Cleveland dentist, while his mother, Helen, loved her work as a school teacher.

Steve did his undergraduate work at both Northwestern University and Miami University, and received his dental degree from the Ohio State University. It was at Ohio State where he met his wife of 42 years, Wendy, who received her degree in both health education and dental hygiene.

Following graduation and their wedding, they moved to Austin, Texas, where Dr. Marsh received three additional years of dental training in the United States Air Force at Bergstrom Air Force Base. Wendy also went back to school, receiving her master’s degree in public health administration.

On their return to Cleveland, Dr. Marsh and Wendy opened up their practice in the same location where Dr. Marsh’s father, Sam, had his office, though the elder Dr. Marsh retired. Treating both children and adults, the office was—and still is—a general practice, with a focus on cosmetic dentistry and cosmetic restorations. In the early ’80s, they moved to their current location at Brainard Place (on the corner of Cedar, Brainard, and 271).

Nationally and internationally, he is an Immediate Past International President of the Alpha Omega International Dental Fraternity, is a member of the American Academy of Cosmetic Dentistry, and is a fellow of the International Academy for Dental Facial Esthetics. Dr. Marsh also belongs to the Cleveland, Ohio, and American Dental Associations.

He was recently cited as one of “America’s Top Dentists,” “The Best Dentists in America,” and has been Cleveland Magazine’s “Top Dentists”  14 years running. While mentoring aspiring dentists and dental students, he also helped write the introduction to the “Barron’s Guide to the DAT (Dental Aptitude Test),” focusing on the future of dentistry.

Dr. Marsh is most proud of his work in educating the public about the new advances and techniques in both general and cosmetic dentistry. In this way, he has the opportunity to honor both his mother and father, teaching about dentistry! He appears on NBC/Channel 3 in Cleveland every other Sunday morning at 8:25 AM on “The Today Show,” and is also frequently featured on Thursdays at noon on “Live on Lakeside, It’s About You” with Hollie Strano and Alexa Lee. 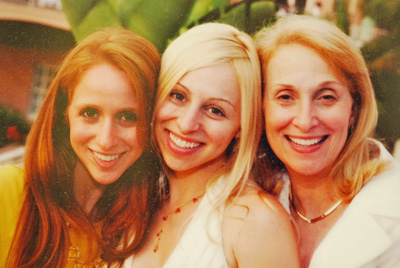 In addition to his dedication to his field, community, and patients, Dr. Marsh spends much of his time with his family. He and Wendy are the parents of Stephanie and Abby and are the grandparents of four boys. Following their respective college graduations, both girls continued in their chosen fields, sharing in their parents’ artistic sense. Abby is in Los Angeles working as a Creative Director for the marketing division at NBC (www.IamAbbyMarsh.com), while Stephanie is working in the interior design field.

Most importantly, Dr. Marsh attempts to balance all of these interests. He is enthusiastic about each; regardless of whether he’s teaching dentistry or helping improve someone’s smile, he does it in a professional and personable manner, ensuring that those he comes in contact with get the attention and care they deserve!